You Can’t Cherry Pick Your Oath

I was really hoping to let this die, but since Kim Davis is back in the news I just have to vent a little about the situation. What drives me crazy is how she disagrees with part of her job and instead of quitting, she just refuses to do it. That is a luxury that military members do not have. Unlike her oath of office, soldiers can’t pick and choose what parts of their oath of enlistment to follow.

On Oct. 10, 1995, Specialist Michael New was in formation in regulation BDUs and a soft cap. He was out of uniform because he refused to wear the United Nations (U.N.) baby blue cap. We were in the same brigade in Germany and I remember the story. His unit was tasked with a six month peacekeeping rotation to Macedonia. Peacekeeping is the mission of the U.N. and since the U.N. doesn’t have a military, member nations provide the troops. It was considered a pretty cake duty depending on where you were stationed.

This is the headgear New decided to wear that got him a big chicken dinner.

New decided that since he did not join the U.N. the order to deploy was therefore unlawful and he wouldn’t go along with it. Or more specifically that he wouldn’t deploy as a member of the U.N. and so wouldn’t wear the baby blue hats or berets that soldiers wore. He considered the U.N. a separate power and asked, “Where does my oath say that I have to wear U.N. insignia?” I am hoping his command said, “Right next to where it says Third ID patch.”

His command understood and respected his beliefs but a lawful order is a lawful order. They tried to convince him to wear the hat and go because it would all be over in a few months and it wasn’t considered a combat deployment. He refused so they kicked him out for disobeying a lawful order.

Military members have to obey the Uniform Code of Military Justice (UCMJ). It is the legal system of the military but it is also in the oath of enlistment. Just as he promised to follow the orders of the president of the United States and the officer appointed over him. He might have had a case if he was forced to actually join another country’s military but in joint operations sometimes there is a foreign officer somewhere in the food chain which is what New was debating. Unfortunately, the oath of enlistment does not specify American officers so he had no case.

Ironically, New is now part of a group calling themselves the Oathkeepers. He also has written a book and spouts conspiracy theories, mostly targeting the U.N. and of course celebrates the day he historically stood up against the Army. But is historic if history doesn’t remember you?

People that were in their MOS school on Sept. 11 joined a different military than the one they graduated into. Anyone that joined Sept. 12 or later should have known that deploying was a possibility and anyone that joined after the invasion of Iraq should have known that a trip to that sandbox was in their future. Ehren Watada was one of those people. He joined the Army and became an officer a month after the U.S. invaded Iraq. So he wasn’t a dumb 17-year-old private. 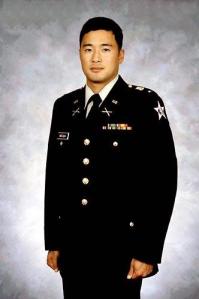 Only after a WARNO to deploy did Watada decide to research Iraq. Even for an LT that makes him slow on the uptake.

He was good with his decision during training, during the year he was stationed in Korea and even during his time a Fort Lewis, now Joint Base Lewis McChord, and it was only when he received the Warning Order (WARNO) to deploy to Iraq did he suddenly have a problem with it.

After the WARNO he did his research by reading book on the history of the region and he decided that the Iraq War was unjust and that deploying would make him guilty of war crimes.

My issue with Watada is twofold. First, he joined the Army after the invasion of Iraq had already kicked off. The invasion was not a sneak attack, so there was a lot of press leading up to it. He had to know at that point that joining might make deploying a possibility but he still joined. Second, his decision that the war was unjust came after being told his unit would deploy. Only then did he decide that the war was wrong. After three years of enjoying Army pay and benefits, he suddenly didn’t want to play anymore. Soldiers can’t play Army until something happens they don’t want to do. Doing stuff that sucks is kind of what the military is all about. If you could quit at any time or refuse to do things you didn’t agree with the military would fall apart. The solution is simple, if you don’t want to do that shit, don’t join.

As Americans everyone has the right to do believe what they want. There is a huge difference between these two men and Davis and it isn’t that her beliefs are spiritual and not political. The monumental difference is that she can walk away at any time. There is nothing forcing her to stay.

New and Watada had military contracts to fulfill. They had the UCMJ to follow and a chain of command to answer to that extended all the way up to the president. Davis can just walk out the door and not show back up to work. The only negative downside for her is the lack of a paycheck. But I am sure she can get a job at the pizza joint that won’t cater gay wedding receptions.

As an elected official she must have some form of oath of office that she had to swear to do the job she was elected into. Yet she is deciding not to do that job. Regardless of your political or religious beliefs, you have to agree that not handing two dudes a piece of paper is not the same as invading another country without an exit strategy.

John Boehner is proof that elected officials can walk away from their job. If the man that is third in the line of succession to be president can deuce out, so can a woman in Kentucky in a county clerk’s office. Watada and New had two choices, follow 100 percent of the orders given to you or get booted. That is what bother me about the Kim Davis situation, there is nothing stopping her from quitting, she just doesn’t want to.

There is nothing about her religion that forces her to have a government job. If she doesn’t want to do it then she can quit.

Even more infuriating is that her reasoning is wrong. In an interview her husband said that “five judges making a decision doesn’t make it a law.” Yes, you country ass motherfucker that is the very definition of a law. A Supreme Court decision is literally the law of the land. They are not the only ones who makes laws, but when they make a determination, it is no shit legally binding. It is called the Supreme Court because there is literally no higher court in the country.

I wish she would just quit her job and fade away, but with the claims that she met with the pope during his visit she has jumped back into the news. She has a job, she has to do it. Just like we all had to do our jobs whether we wanted to or not. There are a lot of orders I would have loved to disobey, but you can’t ignore orders just because they are stupid, they have to be clearly unlawful.

Until she can show me the passage in the bible that requires its followers to hold a government office, she is not following her religion by staying. She is violating her oath of office and it drives me crazy that she can do that by choice when so many of us couldn’t. Too bad there isn’t a UCMJ for elected officials.

1 Response to You Can’t Cherry Pick Your Oath