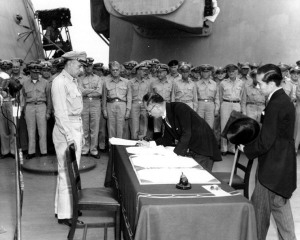 No matter how you fight, you only win if the enemy says you win.

Why did the U.S. win WWII? it wasn’t because we coordinated with the Soviets to overrun Berlin or we dropped a couple atom bombs over Japan. That is how we fought the war, we won because both Germany and Japan surrendered. That is how it works, no matter how you fight, you only win if the enemy says you win. 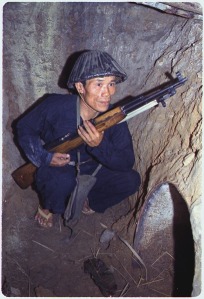 Pajamas and Kalashnikovs, it is the uniform of those we fight for the past 50 years.

This is one of the biggest hindrances to modern warfighting. How many times have you heard someone say that we are fighting a bunch of backward, tribal, goat fuckers? We are the most technically advanced warfighting machine in the world yet we have been basically been fighting guy in pajamas with AK-47s for the past 50 years.

So there I was, on FOB Salerno, no shit. Captain Brooks chuckled at a report that he heard that said the Taliban were going to occupy Khowst City for a few days. He thought it was funny because by his estimation it would take about 1,000 men with tanks and fortified positions to be able to hold the city for any amount of time and our helicopters would see that many people moving across the desert and we would blow them away before they got within five miles.

What he didn’t understand is that “occupy” might mean something different to the Taliban. I said that it would only be a handful of men arriving by white and yellow Toyota corollas. They would sit in the back of an Afghan’s business and watch convoy after convoy roll by. They would tell the owner that if he said anything that he would be killed and that they had friends in the crowd so that even if the one Taliban they knew about was captured, another would kill the man’s family.

In that moment, who is more powerful? The hundreds of Americans patrolling the area or the one guy in the back of the shop? If they just had 20 men do that they could claim they “occupied” the city and there was nothing the U.S. could do about it. The captain dismissed my idea because that isn’t what occupy meant to him. He only sees things from his perspective and discounts anything else.

The U.S. is good at this. We are big on the whole “the only fair fight is the one you lose” mentality. I have heard some troops think that fighting with IEDs and mines is cowardly, but we have drones piloted from half a world away and the C-130 Spector so who are we to judge?

We are pretty good at fighting on our terms but not winning on their terms. It was a four day road trip to get to Bagdad. We took the capitol pretty quickly. So we won right? Nope, we didn’t have Saddam. Then we pulled him out of a spider hole so now we won right? What about putting him on trial and executing him? Nope, at every stage there was some asshole still fighting. No matter who we kill there is always someone out in the desert saying, “You didn’t get me.”

Seriously, do they wear anything else? Maybe we should consider going to the next war in our pjs.

Mullah Omar was dead for two years before most of the world knew. Yet somehow he kept putting out massages. When it was found out he had been dead for a while his people just shrugged like it was worth a shot and went back to business as usual. There is no winning because there are no victory conditions. There is no central head of the Taliban that can surrender and stop all the fighting in Afghanistan. As long as there are two assholes with AK-47s that are pissed about something we will still be scouring the desert looking for them.

We fought on our terms in Vietnam and even the most conservative numbers say we killed about a half million enemy. The Tet Offensive was a massive tactical failure but in the aftermath Walter Cronkite called the war unwinnable. In that it was a complete success. Ho Chi Minh knew he couldn’t fight us on our terms so he fought on his. He knew that if he won in the media he would win the war. Make war so distasteful to Americans that they demand we leave and that is pretty much what happened.

Now, everyone tries the same thing. Taliban, al Qaeda, ISIS, they all understand to try the same tactic. No matter how many we kill, they just have to kill enough of us to make it seem not worth it to Americans. After all, it worked pretty well in Somalia.

The future of warfare

No one is ever going to face us on the field of battle and try to go toe to toe with us. They are going to blend in with the local populace and fight guerrilla style. Lately, people who should really know better are laughing at the fighting ability of North Korea. Basically, they are thinking of how they would fight a war against North Korea and know that since North Korea couldn’t fight them that way so they feel safe. We would take out their bombers long before they could get to U.S. shores. They seem to lack the long range missile ability to launch a nuclear attack so people laugh at them. No, they might not launch a missile into downtown Seattle, but they could hide a device in a container and have it detonate in the port. Or load it on a fishing trawler. Or smuggle one into Malaysia and load it on a private plane. Coming up with a half a dozen ways is not difficult. While we are focused on missiles, they could have a nuke on the way to our shores.

I was talking to another vet recently and he joked at the state of their military readiness. Some military blogs are laughing at them because they know that they are outmatched in training and technology. But remember the pajama guys with AK-47s? Putting this in terms everyone can understand, if zombies were real they still wouldn’t be that scary because they are slow and stupid. But fast zombies would be scary because they take away one advantage. Fast zombies with pistols would be the stuff of nightmares. An undead thing that never sleeps, could be anywhere, will fight on equal terms and never stop coming is a scary thought. That will basically be North Korea. Only North Korean troops might be packing chemical or biological weapons. 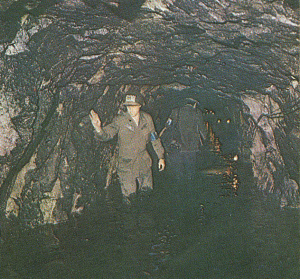 This is how North Korea is going to invade. Or at least their first wave.

North Korea isn’t going to line up on the DMZ in uniforms and attack. They are going to use tunnels to sneak into the country dressed as South Korean military and police. Think of the chaos they could cause with just 50 men. Now think what they could do with 100 or 1,000 or even 10,000. That is going to be the first wave. It will be Koreans, dressed as Koreans, in Korea and running around the Korean countryside. While someone from the south can recognize when someone is from the north, do you think PFC Snuffy can? They are going to attack the north facing DMZ defenses from the rear and while we are trying to figure out who is friend or foe the rest of their military will attack.

Oh, and thanks to the geniuses in the military who are always ready to fight the last war but not the next one, we got rid of a lot of our ground to air defense capabilities. So their air power will be able to do some initial damage unchallenged. Sure, our fighters will end them in short order, but I don’t think that is going to be much consolation to the bodies on the DMZ.

I know it goes against conventional thinking but we need to stop looking at war from our perspective and see what fighting, and victory, looks like to the enemy. If that seems like unconventional warfare thinking it is because unless China or Russia want to mix it up with us we have fought our last conventional war. We can still fight on our terms, but we have to do what it means to the enemy that we have won. Clearly what we are doing so far in the Middle East isn’t achieving that.