Robert “Buck” Weaver was born in 1918 in Cincinnati, Ohio. He was the fourth child in a family of two brothers and a sister, who spoiled “little Buck” as they grew older. Buck’s father, John P., was a popular dentist in town with a growing practice. Buck was active in sports in high school and graduated in 1936. In those days, jobs were scarce so in October 1938 Buck enlisted in the Ohio National Guard Cavalry as a no-striper. His three years as a mounted horseman later proved very profitable during Buck’s Air Force career. A World War I veteran interested Buck in acquiring dental laboratory skills and, with the help of his father, he earned enough money to attend college in a pre-dental program. Buck pursued a pre-dental program at the University of Cincinnati for two years.

Buck’s plans to become a dentist were placed on hold when it appeared that hostilities in Europe and the Pacific would result in the United States entering the war. As a child, Buck had an interest in flying “building” planes with orange crates and broomsticks as well as accumulating flight time in an instructional program. With this already established passion for flying, the Army Air Corps recruiter made an offer to Buck that he couldn’t resist. In September 1941, he was sworn into the Corps and reported for primary training at Grider Field in Pine Bluff, Arkansas. A month later, Buck soloed in the PT-19A trainer. Upon completion of the primary phase of his pilot training he was assigned to Goodfellow Field to continue his training. It was while he was in transit to his new assignment that Pearl Harbor was hit and pilot training now took on a new sense of urgency. Buck successfully completed the pilot training program in April, 1942. The newly commissioned Second Lieutenant had earned his wings.

Buck’s first duty assignment was at Salinas, California flying anti-submarine missions off the west coast. He flew the O-47, which was a very old fixed wing aircraft, designed as an observation plane. It had a crew of three, and Buck flew these missions for six months. It was while Buck was stationed at Salinas that he married the love of his life, Bettina. 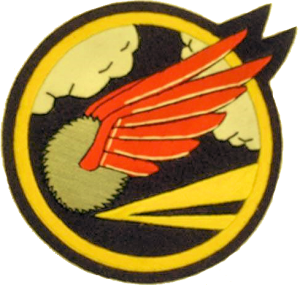 In January 1943, Buck was transferred to Esler Field in Louisiana to transition into the P-39. The “Airacobra” was one of the principal fighter aircraft in service when the United States entered WW II. Buck also trained in the P-40 Warhawk. Training in these two planes also took place in the Mojave Desert, Mississippi and on the East Coast. Like the P-39, the Warhawk was a single seat fighter suitable for ground attack missions. Upon completion of the program in September 1943, Buck found himself on a troop ship on his way to New Guinea. It would take 19 days for the ship to arrive at Port Moresby, headquarters for the 5th Air Force. Buck and the other members of the 41st Fighter Squadron would be flying bomber escort, dive bombing and combat air patrol missions in the South Pacific in support of the “island hopping campaign.” Often times, Buck and his fellow pilots would land their planes on hastily constructed landing strips even before the islands were totally under U.S. control. Their planes had to be refueled and rearmed for the next day’s island hopping mission. For the next year, Buck flew 137 combat missions in his beloved P-39 and the P-40. The conditions in which they lived were harsh and they were always subjected to diseases such as malaria and dengue fever. Conditions were so bad that when they were able to obtain C rations, they celebrated that as a great meal.

By the time Buck left the South Pacific in October 1944, he had been promoted to the rank of Captain. His next assignment was as the Base Operations Officer at Brooks Field. A little over a year later, Buck left the Army Air Corps to return to his pre-dental studies, which were completed that spring. In the fall of 1946, he began Dental School at the Ohio State University from which he graduated four years later. Once again, the Air Force made an offer that Buck couldn’t refuse, and he returned to active duty status, gave up his flying status, to serve in the Dental Corps. His first assignment was as a dentist at Keesler Air Force Base in Mississippi. Buck was no stranger to the base, during his pilot training he had taken air-to-air gunnery training at Keesler.

For the next 25 years, Buck would serve in a variety of leadership positions as a Dental Officer and instructor at Air Force bases in the United States, Germany, Japan, as well at the Air Force Academy rising to the rank of Colonel. In 1975, after serving on active duty for nearly 30 years, Buck retired from the Air Force. For the next 20 years, Buck and his wife, Bettina, lived in Horseshoe Bay, Texas. In addition to pursuing one of his passions, golf, Buck frequently lectured on various dental topics and was actively involved with the Confederate Air Force. They moved to Edmonds, Wash. in 1996 to be near their four children and enjoy their grandchildren and grandchildren. Buck continues to play active roles in Kiwanis and VFW Post # 8870.