Don’t be a Dick on Veteran’s Day

If this is the standard for ‘hero’ then we will all fall short.

I have been seeing articles popping up lately by vets about Veteran’s Day. Some are insisting they are not a hero and some are pissed that some furniture store is having a sale because this day is about sucking up to vets and not buying a couch. Whatever your deal, stop being a wet blanket and messing it up for the rest of us.

The ‘not a hero’ vet

I get it, we all were just doing our jobs and only a few are Medal of Honor recipients. Anyone compared to them will come up short. Some people that insist they are not heroes do so because they think of the person that didn’t make it home and want to canonize the fallen as the heroes and the rest of us as people who returned from war. Or some people joined the military with the idea of fighting terrorists and ended up in an MOS they hated and didn’t feel they did anything heroic.

I understand, I don’t think I am a hero. I didn’t return a live grenade or fire a .50 cal from a burning tank like Audie Murphy. I came back with no new holes and that is a good thing. But my standard of heroic is not the civilian standard. Just spend a day on a college campus and you will see that for some people standing straight while being yelled at takes more intestinal fortitude than they can muster.

The attacks on 9/11 united the people of this nation and everyone knew that something had to be done. Some wanted to be the person that did something and joined the military while other people wanted to sit back and let someone else take care of it. The people that live in a nice little bubble that we protected think that just the act of stepping up is a big deal so let it go. No, you are not a hero by your standards, but civilians don’t have a word for “person that rose to defend the nation and endured a lot of hardship and sacrifices and was lucky enough to make it back all while I sat at home and went to college and played Halo.” Know that they have the best of intentions and just say, “thank you for your support.” If not for you, then for the real heroes out there.

The ‘don’t thank me for my service’ vet

“I am so glad that we got to avoid all the people throwing praise at us and I feel so sorry for you young vets,” said no Vietnam vet ever. If you can’t appreciate the support for yourself, accept it on behalf of the people that never heard it.

I know the military sucks and some couldn’t get out soon enough. There are a number of reasons for that and I’m sorry if you had to deal with it. Some people had serve traumatic experiences and I am not just talking about combat. Some people just had bad experiences that made the day-to-day life in the military miserable. I can relate, I was a hard charger and loved what the military was supposed to be but hated what it had become. Like so many others I got out with mixed emotions. I don’t see my time in the military as special especially since I know people that did more.

And of course there are the people that see the outpouring of support as being false or lip service. Trust me, I get that too. If every company that said they wanted to hire vets actually hired vets there would be no unemployed vets. Starbucks wants to hire thousands of vets but I don’t think many of them are high paying jobs and I don’t think being a barista is considered a step up for someone that used to lead men into combat.

With all the things that civilians have to think about in their own lives learning about the true military experience is something they just don’t have time for. They are trying to show support and a simple “thank you for your service” is a nice gesture. It is not going to make up for whatever you are personally feeling and snapping at them will not be productive. When someone tries to do something nice it is appropriate to be nice in return. Just say, “thank you for your support” and go about your day. If veterans start snapping at well-meaning civilians they will quickly stop being so well-meaning. We need the civilians to keep pressure on the VA to encourage them to overhaul their system. If civilians take the “they don’t need our help” position then the VA will be able to do whatever it wants and no one will care. We need civilian’s help to resolve veteran issues so let’s all be nice to them. So be grateful for the support or it will go away. If you don’t think you are deserving, say “thank you for your support” on behalf of the vet that is. 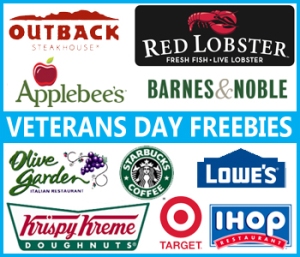 Just because I don’t go after the free stuff doesn’t mean it is wrong, just be cool about it.

Not all vets that are a dick on this day hate the attention. Some love it a little too much. You know who you are. I know guys that would map out all the places that advertised free stuff for vets and planned their Veteran’s Day around it. Instead of a being people that benefited from a kindness on a special day, they are the freeloaders that come to your wedding to drink up free booze and hit on bridesmaids. If you are going to be that guy, just remember you tip off the original price and not based on what you were actually charged. Don’t be the dick that gets a free meal and tips off the cost of his soda.

The world doesn’t owe you anything. I know some love the attention of walking around in the old uniform or military inspired shirts and hats. There is actually nothing wrong with that. Crossing the line from attracting attention to demanding it is where people go wrong. I am proud of my service too, but I don’t expect other people to recognize it.

Last year I was wearing a shirt that said “Army” on it and the waitress asked if I was a vet. When I said yes she said my lunch was free. When our bill came my food was on there. I didn’t ask for a correction because I appreciated the gesture the restaurant was trying to extend and I wasn’t going to make the difficult job of a server any more difficult by asking her to fix the bill. Also, it felt like it would be a little sad of me to ask.

The respect the day vet

I too believe that the military does a very important job and I am proud to have served next to some of the best that the country has to offer but we can’t call ourselves defenders of freedom if we dictate how to be free. The people that do this are the same ones that complain that Memorial Day is not just a free day to BBQ. I personally don’t know what is more American than getting drunk and grilling meat but that is just me.

No, people don’t have to go to a memorial cemetery to pay their respects and they don’t have to shake the hand of every vet they see. In fact, some vets wouldn’t like that at all. The best way to honor the sacrifice that vets have made is to take a real day off to be truly free. If that means sleep in that is fine. If that means lounge on the couch and get caught up on the DVR that is cool too. Or if you want to go to a local Veteran’s Day ceremony I can respect that. Whatever people want to do that is legal they should be able to do because they are in American and therefore are free. Part of being free is not having to acknowledge how free you are. 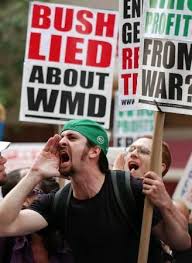 Actually, according to reputable, credible journalists he didn’t. Doesn’t mean invading was a good idea but they did exist.

Look pal, I get it, you watched a lot of Jon Stewart growing up and you thought it was real news. Or you thought “I can glean what is really going on through the jokes” and I am going to tell you that you can’t. The New York Times did a great story last year about Iraq’s chemical weapons program and a couple of months ago Stewart was still saying that there were no chemical weapons in Iraq. I am not saying that means the invasion was a good idea, just that some of your information is wrong.

So while it seems like a good day to put on your “Bush lied” shirt and correct some vets on their life choice, I am going to say don’t do that shit today. This isn’t the day we talk about how much fun it was to kill people it is a day to get together and remember the good times we had together. We are trying to honor our service which is a part of who we are and trying to ruin that by quoting some douchebag college professor is not forward thinking of you it is being an asshole.

You have 364 days to give us a piece of your mind how about we have one day to ourselves? And by the way, no veteran I have ever met will say that they had their perspective changed by some white kid in dreadlocks yelling a bumper sticker slogan at them. I know that this might come as a shock, but there are a lot of veterans that opposed the war. Many actually didn’t agree with the president. Contrary to popular belief, all soldiers are not mindless robots. So next time you want to give a vet some crap ask what he or she believes and actually listen to the answer. But don’t do it today, give us a day off.

To the vast majority of veterans I say that I was proud to serve with you even though we have never met. As a person that has enjoyed freedom his entire life I say to all vets I appreciate all you have done for this great nation. To the minority of veterans that are vocal about not being heroes and not wanting to be thanked for their service please give it a rest. Just say “thank you for your support” on behalf of those that are deserving and move on. To the guys heading out the door for some free nachos, don’t forget to tip properly and enjoy your free meal. While it is not what I am going to do I am not going to fault you for doing it just don’t be a dick about it.

For the record the irony of telling someone what to do on a day that is about freedom is not lost on me. So this is more of a request than a demand. Please don’t be a dick on this day. But if you are, know that it is a veteran that made it possible for you to do that and yes, you vets have earned the right to be dicks about your service but please don’t. It ruins the day for the rest of us.

This entry was posted in Commentary and tagged dogtag chronicles, Life Skills, Military, Veteran's Day, Veterans, Vets, what is a vet?. Bookmark the permalink.