What is a Veteran and Other Definitions 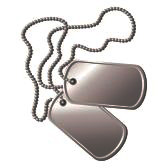 If you have ever worn these, you are a vet.

This is going to be pretty knucklehead for most people, but there are a few terms that people still get mixed up. Especially in the media. Here is a brief rundown on what is a veteran, how to refer to members of the different armed forces and what constitutes a “combat” unit.

Most people know what a veteran is. Anyone who honorably served in the Army, Air Force, Navy, Marine Corps or Coast Guard. Note that is served, as in past tense. Someone still serving is considered a service member. It is important to note that combat service has nothing to do with being a veteran. Not being deployed does not diminish the terms of service. Anyone who says otherwise is a douchebag. Being deployed does not make you a “real” veteran. If you served honorable and never got called up, that means you are lucky, not less than anyone else.

The Army, Navy, Air Force and Marines are all part of the Department of Defense (DoD) and the Coast Guard is Department of Homeland Security (DHS) but anyone who receives a DD 214, the military discharge form and receives an honorable discharge is considered a veteran. Some people will debate if someone with a dishonorable discharge is still considered a veteran. This is when veteran becomes less of a dictionary definition and more of a title bestowed on the worthy.

It can also depend on the character of service and reason for the discharge. If you save your entire platoon, but end up punching a general for sending your men on a suicide mission for no reason, you might still get jail time, but have still earned enough respect for your mates to call you a vet. Those with a general discharge are considered vets who made a poor decision somewhere.

At times, even the “Big Chicken Dinner” or Bad Conduct Discharge, can be tough to put into the dirtbag category. There was a soldier in my company in Germany who took his fuel truck to see his girl in another city. He was drunk (obviously) and it was late. Unfortunately, he rolled it on the autobahn. He made a majorly bad decision and got a BCD, is he still a vet? You decide.

When referencing someone in the military, the terms are very specific. I see this happen in the media a lot. Here is a short breakdown.

Kids in ROTC are “Cadets” they are neither military members or veterans. Once they get their commission, they will be officers in their respective branches, but until then, they are college students.

Do not call a Marine a soldier, they might be offended. Also, only a dishonorably discharged Marine is an “ex” Marine. Once a Marine, always a Marine. Depending on the person, you might be able to get away with calling him or her a “former” Marine. This is important to Marines.

There are other little things like don’t call a Sergeant “Sir” it will not go over well. You will hear something like, “Don’t call me sir, I work for a living.” Or “I am a warrior not a politician.”

If you want to look like you don’t know what you are talking about, call someone in Special Forces a “Green Beret.” The beret is what they wear, Special Forces is what they do. When talking about Special Forces (SF), there is a difference between being in the SF Group (SFG) and being SF tabbed. There are cooks, mechanics and finance people in the group, but only those with the SF tab are Special Forces. Also called the “Long Tab” because it is the longest tab worn on the duty uniform. There might be a lot of people in SFG, but only a few who are SF tabbed and they wear the green beret. (Do you see how I brought you full circle?)

Rangers are technically the soldiers in Ranger Battalion. A guy with a Ranger tab is just a guy with a Ranger tab if he has never been part of the Ranger Regiment. It might seem a little unfair that a man who went through Ranger school still isn’t a Ranger, but a private that hasn’t been to the school is called a Ranger because he is in battalion. If it makes you feel better, that kid will be called an “untabbed bitch” until he leaves or goes to Ranger school. And you can always say “Tab Check” and anyone without the tab has to do pushups. 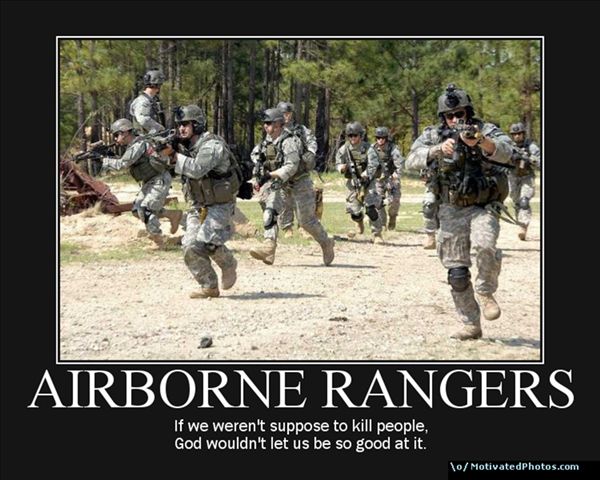 No matter how you break it down, you don’t change the character of the soldier with a title. Changing the name also does nothing to change what a unit actually does. You can take a Ranger company and call them the Snuggle Time Happy Fun Bear Hug Team and it won’t change the fact that they are still good at kicking down doors and breaking shit. Unfortunately, when the U.S. government said that there would be no more combat troops in Iraq and just advisers, far too many people were fooled into believing what that meant. There have been two different occasion when the last combat units left Iraq.

The military did not pull out the combat units and put in advisers, they just changed the names on paper. The Stryker Brigade Combat Team became the Stryker Advisory Team or some other such nonsense. Some units went through a name change, the ones redeploying got to leave as the last “combat” troops in Iraq. This means the troops doing missions with Iraqi Army soldiers were one day told that they were now advisers. They would have run the same exact missions just as advisers rather than combat partners.

A year later, when the government really started pulling units out of Iraq, we got to watch again on the news how the last combat troops left Iraq. Only vets were asking, “Didn’t the combat troops leave last year, weren’t those supposed to be advisers?” Now, the only soldiers in Iraq are there for logistics and support. Logistics and support soldiers support combat operations, if they is no more combat, why are they there? Why not just have the combat, or adviser, units break down the camps as they left so everyone could go home?

If you fell for the combat/adviser trick, don’t feel bad. President Clinton did it in the mid ‘90s and it worked out well. He promised that the force he was sending into Bosnia would be out in a year. I was in Bosnia when the year expired and asked my platoon sergeant if we were leaving he laughed and told me to get back to work. It is true that the Implementation Force (IFOR) was not in Bosnia but the Stabilization Force was. I painted over the “I” in IFOR and made it an “S” and just like that, there was no more IFOR in country and I was SFOR.

I know the trolls that only skim will give me crap about attacking the President or government. But really this is about paying attention to what is being reported. This is just the tip of the iceberg and represent some of the major mistakes civilians make when referencing those who have served. Reporters lose credibility when they call someone in the Marine Corps a “soldier.” It means they really don’t know what they are talking about. If someone gets this minor thing wrong, how can we trust that they did their due diligence on the rest of the story?

Using the right terms will show that you respect military members enough to know how to talk to them. Depending on how bad you screw it up, you might get a mild correction or you could be ignored all together. So don’t screw it up.

10 Responses to What is a Veteran and Other Definitions